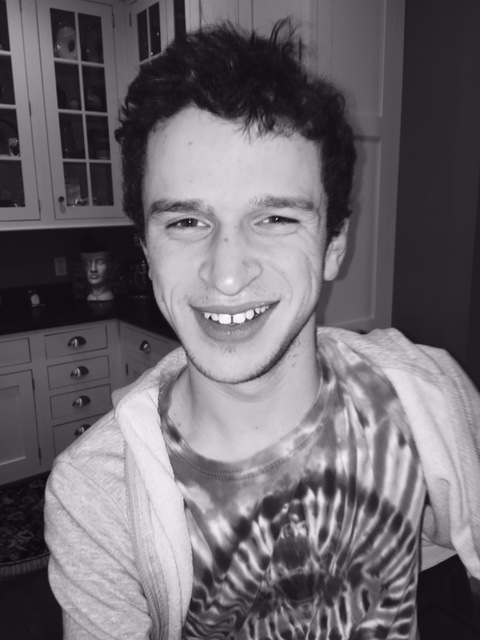 I sometimes forget that Jack can’t speak. He’s very much part of the conversation here on Clinton Avenue with his bright eyes and broad smile. Days can go by without so much as a thought about his lack of words. Then, something happens that has me desperate to climb into that brain of his and get some information.

Usually, the need for intel is surrounded with worry, especially when there’s a something brewing in his health. Fevers, pain, lethargy – not knowing the source of the problem can be both frustrating and potentially dangerous. And, sometimes it’s that I know something has happened, but I can’t figure out how. Like the mysterious bite marks that Jack came home with a few years ago. I kept showing him pictures of potential culprits, as though they were mugshots and not pictures of his classmates. All I got from him was either a blank stare or a giggle (there was finally a confession and his bus assignment was switched).

Now, thanks to Jack’s whiteboard and pointing power, we are able to get many questions answered without too much trouble. He can answer “yes” or “no” and even “ears” or “throat” when he’s not feeling well. It’s making life much easier, but still the answers that require broader explanations are hard to obtain.

The last couple of days I have been curious about what’s going on in Jack’s mind. He’s had the most mischievous grin planted on his face from the time he wakes up in the morning until he goes to bed. Last night I checked on him in the middle of the night, and there it was. The grin. Even while Jack was sound asleep, it was shinning up at me.

Every time I mention the grin to Jack, it grows even bigger. I’ve asked him about school and girls and funny jokes. I’ve racked my brain and nearly worn out the whiteboard with all my questions, but Jack’s refusing to share any news. He’s such a teenager.

I was thinking about how unfair it is that he’s not able to share what’s sparked this glittery mood, when it occurred to me that Anna doesn’t always share her life with me either. I swear some days Anna seems to avoid even glancing at me, as though she’s worried she might accidentally let something slip. She’s a great girl, and I trust any secrets are of the pure/legal/good-kid variety, but still I’d love to get some nitty gritty details out of her. Getting information out of teenagers can be a challenge, and now both my kids seem to have secrets.

I’m sure my friends with teenagers can relate. Us moms aren’t always advisors, counselors, friends. We’re sometimes just the cooks, chauffeurs, and wallets as our kids tackle (or enjoy) their lives without asking us for any input. It’s natures way, I just thought that my complicated boy would not follow this path. I though he would always be willing to share whatever he could, but this week I think he’s enjoying having a little secret. He seems to love all my eager questions and watching me suffer from ignorance.

Not fair — I share all my secrets with him. Oh well, at least I get to spend time with the grin.

6 thoughts on “The mischievous grin”