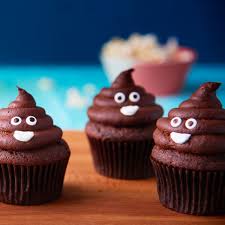 After writing the sweet birthday story about Jack CLICK HERE IF YOU MISSED IT, I got started on our morning routine. Getting Jack up and out for school takes 2000 steps – even in the new house. There’s laundry and showering and teeth brushing and dressing and breakfast and medication. By the time we’re done with medication, we’re close to the finish line. The last steps are putting on his shoes (Jack wears AFOs so it takes some time) and few minutes on the potty – just in case.

I hadn’t realized that Jack had the last bite of cake in his mouth when I sat him down on the toilet (don’t judge – it’s his birthday). I left the room for a minute to grab some coffee and I heard a loud sneeze. When I walked back into the bathroom, there was chocolate cake EVERYWHERE. All over Jack, the floor, even the freshly painted, super cool and modern, white walls.

At first, there was a bunch of swearing on my part, but it quickly turned to laughter and joking with Jack that if someone hadn’t known what had happened, they might think it was poop. Several Clorox wipes and a new tee-shirt later, Jack and the bathroom were as good as new. I decided that – just in case – I would leave Jack on the toilet for just a few more minutes. The phone rang so I left the room and spent a couple of minutes chatting with Dan about the birthday boy. As I walked back into the bathroom I interrupted Dan by saying, “Holy crap. There’s sh%t everywhere!! Gotta go.”

This time there was poop everywhere. POOP EVERYWHERE!

When I cleaned up for the second round of mess, I can’t say that it was all laughter, but once I was finished, I called Dan back and we all found the humor when I said, “I just cleaned him up again. He still has some stuff on his pants. Not quite sure if it’s poop or cake. The bus just pulled up, so let’s assume that it’s cake.”

Is it poop or is it cake? Let’s assume it’s cake. THAT is real story of (our) ALD.